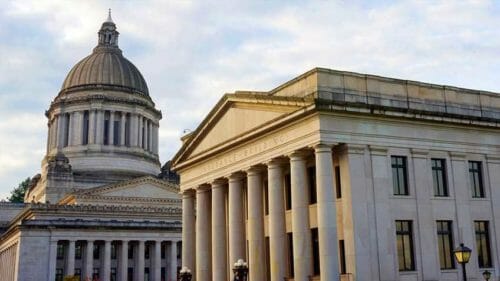 On Monday, January 25, the committee will consider Senate Bill 5078, a measure that will ban the manufacture, possession, sale, transfer, etc. of magazines that “are capable of holding” or hold more than ten rounds of ammunition.  This includes conversion kits or parts from which any such magazine may be assembled.  These so-called “high capacity” magazines are in fact standard equipment for commonly-owned firearms that many Americans legally and effectively use for an entire range of legitimate purposes, such as self-defense or competition.  Those who own non-compliant magazines prior to the ban are only allowed to possess them on their own property and in other limited instances such as at licensed shooting ranges or while hunting.  Prohibited magazines have to be transported unloaded and locked separately from firearms and stored at home locked, making them unavailable for self-defense.  Any violation of this measure is a gross misdemeanor punishable by a maximum of 364 days in jail and/or a fine of up to $5,000.

On Tuesday, January 26, Senate Bill 5038 will be considered by the Senate Law and Justice Committee. As drafted, the bill makes it a crime to openly carry, on the person or in a vehicle, a firearm or other “weapon” if the person is participating in or attending a “demonstration” in a public place. “Demonstration” is loosely defined to mean any behavior by at least one person expressing views or airing grievances that is intended to or attracts an unspecified number of onlookers (a “crowd”). The bill also prohibits openly carrying a firearm or other weapon within 1,000 feet of a demonstration in a public place after a law enforcement officer advises the person to leave.  The intent of the bill is called into question because a single person expressing their views on the sidewalk could be considered a “demonstration” under SB 5038.  Senate Bill 5038 potentially causes those who are engaging in otherwise lawful activities to become criminals because of the actions of others.

Again, please contact members of the Senate Law and Justice Committee and ask them to OPPOSE Senate Bill 5078 and Senate Bill 5038.​  If you would like to submit written or live testimony, you can do so by clicking here and selecting the Senate Law and Justice at the top, as well as the correct meeting date and bill for which you want to submit testimony.