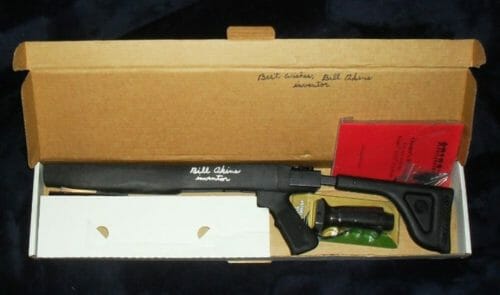 U.S.A. – -(Ammoland.com)- A “friend of the court” brief was filed in the United States Supreme Court Thursday by attorneys Alan Beck and Stephen Stamboulieh on behalf of Scott Heuman, Owen Monroe, and myself in support of Maryland Shall Issue’s challenge to their states ban on “rapid-fire trigger activators.” Our interest is that we were Plaintiffs in a similar case against the Bureau of Alcohol, Tobacco, Firearms and Explosives, and as the brief explains:

“As such, they have an interest in the outcome of this case because a positive ruling in the instant matter will assist them in their efforts to  be compensated for the government’s illegitimate taking of their bump stocks.”

In terms of compensation, that’s not the preferred outcome — a court order to return the property is. Still, if the government had to pay off everyone adversely affected and forced to bear real costs, ATF’s own estimates place the cost in the hundreds of millions of dollars. I’d like to make clear that my decision to relinquish otherwise untraceable property was based solely on advice from my attorney to surrender under protest so that I would have the standing to bring a case. As such, and as noted in a footnote to the brief, I required ATF “to sign a Receipt for Property and Other Items (ATF Form 3400.23) as [my] intent is to have [my] property returned if and when the Final Rule is struck as  violative of the Constitution and/or Administrative Procedures Act.”

In terms of our costs, some will no doubt raise their eyebrows at my valuation claim. That’s because I consider it a collector’s item, a piece of cultural history if you will, and one for which the valuation would increase if the property is ultimately ordered returned:

“Mr.  Codrea was forced to surrender an original Akins Accelerator (with its spring removed so as to not be considered a machinegun after the first time it was declared a machinegun) which was still in its original box and signed by the inventor of the device. Mr. Codrea valued his original Akins Accelerator at  a minimum of ‘$1,100, up to a premium due to the chain of ownership and rarity of the item, it  would be expected to sell for at least $2,000 to $3,000 at an auction’ … Mr. Monroe’s  and  Mr. Heuman’s bump stocks are valued between ‘$200 to $400’.”

It’s also probably appropriate to mention, especially at those prices, that no one is in it for the money. In the admittedly remote chance that we prevail, every penny of any settlement I might receive would be immediately applied toward further legal actions in defense of Second Amendment related cases.

There’s one other unique aspect of this brief brought up by no one else, and that’s the fourth footnote, and it gets into the official record an observation no one in authority wants to address:

“Of note, during a Freedom of Information Act request regarding the Las Vegas incident, a document was produced which stated that ‘[O]n-scene ATF personnel were not allowed to physically examine the interior of the weapons for machinegun fire-control components or known machinegun conversion devices such as Drop-In-Auto Sears, Lightning Links, etc.’”

That’s an assertion that is demonstrable simply by looking at the evidence I have documented, although the media has (predictably) paid no attention to it. And while the ATF FOIA production includes several problematic admissions in addition to ATF not being “allowed” to examine recovered weapons (all shown at the above link), the FBI, when asked for “any records documenting the use of a bump fire-type stock used during the commission of any crime to date,” essentially told us they don’t have that information and wouldn’t have to tell anyone if they did.

No one is under any illusions. All the Supreme Court has to do to let the case die is…nothing. That said, pursuing this isn’t taking significant resources away from other doable efforts, it brings heretofore suppressed information to the court’s attention, and giving up to government usurpations and infringements should never be an option.

Anyone who tells you “this is just about a stupid piece of plastic” doesn’t understand the issue.