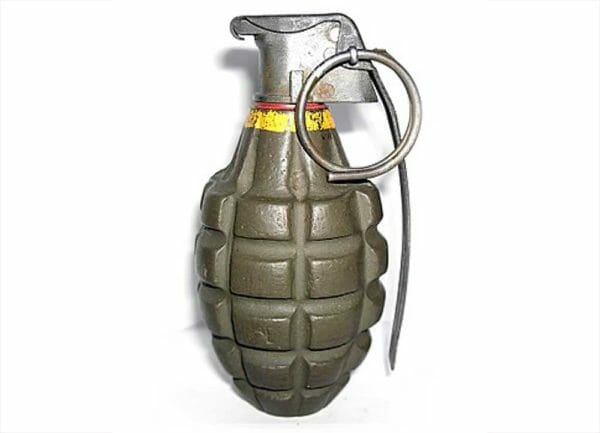 On Dec. 23, 2020, a Virginia teenager was killed by an exploding grenade that investigators believe may have been purchased from the antique mall in June.

Subsequent information provided to ATF indicates additional grenades were possibly sold from the same vendor in June 2020. Law enforcement is concerned the grenades purchased from the vendor may contain live explosives and could be hazardous to the public.

The grenades were thought to be “inert” MK2 grenades, a style used during World War II and similar to the one pictured below. At the time of sale, neither the vendor nor buyer(s) believed the grenades to be functioning or hazardous.

ATF is asking for anyone who visited Shallotte, near the Ocean Isle Beach and Holden Beach area, and purchased an “inert” grenade from the Fancy Flea Antique Mall in June 2020 to contact the Charlotte Field Division at 704-716-1800 or the Washington Field Division at 202-648-8010. Information can also be provided to ATF by calling 1-800-ATF-TIPS (800-283-8477), or by email at ATFTips@atf.gov

, or through the ReportIt app.