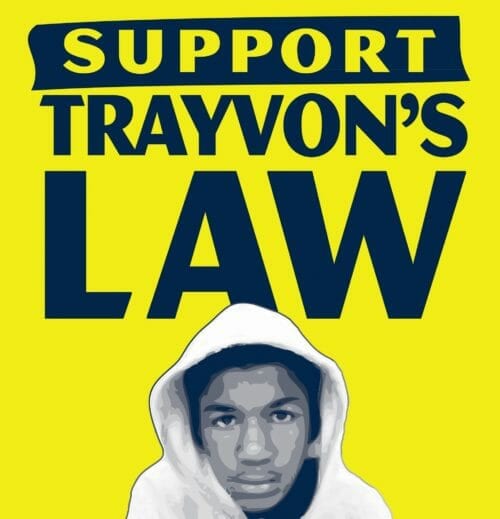 U.S.A. – -(Ammoland.com)- “Gov. Mike DeWine on Monday signed a controversial ‘stand your ground’ bill that would eliminate Ohio’s ‘duty to retreat’ before using force in self-defense,” Cleveland.com reports. “The governor had previously hinted that he would veto SB175, saying he first wanted lawmakers to pass his package of gun reforms that they sat on for more than a year.”

DeWine has been on again and off again with his gun-grabber roots over the years. About the only thing gun owners can be certain of is the politician the Brady Campaign once endorsed as a “principled statesman” made his decision to sign the bill based on weighing political consequences, and went with the choice that would best serve his interests.

The problem with that is, politics and interests generally come down to swaying public opinion with memes, and parroting those is something the DSM (Duranty/Streicher Media) specializes in. Case in point, note how before DeWine had signed the bill, ABC’s Cincinnati affiliate, WCPO9, was giving voice to demonstrably false claims by “the local chapter of the NAACP” (as an aside, shouldn’t it now be the “NAAPOC”?).

Why should they object?

“(The law) will result in the deaths of more African Americans based solely on the fact that they are unfairly perceived as being a threat,” Cincinnati NAACP President Joe Mallory claimed. “Stand Your Ground legislation will unduly justify the murder of innocent people, particularly innocent Black people whose suspicion of being a threat is actually based on racial prejudice, racial hatred, and racial perceptions, none of which have any basis in fact.”

“Studies have shown that a white person will be able to use self-defense as their defense, and a Black person tries to use the same thing, and they don’t end up being able to use that with much success as their white counterparts can,” Mallory added.

Examining his concerns, particularly on whether or not threat perception is “solely” based on prejudice, we find that, as with all areas of “science,” the statistics are not without bias. Based on who is doing the reporting, population differentials in crime rates either show one demographic is disproportionately violent, or else that’s simply “white supremacist propaganda.” We’re not going to unravel that here except to make a few observations brought into focus by some representative end-of-year mainstream reports:

We could go on, but I’ll leave it to those who insist it’s racist to draw any further conclusions to unpack the stats. Those of us who believe in the right to keep and bear arms are just interested in the rights of all people being protected from unjust aggression, regardless of skin color. Slaves. After all, aren’t allowed to own guns.

Revealingly, the NAACP does not share that interest. Forgetting “The Racist Roots of Gun Control” and the Deacons for Defense and Justice,  the group instead demands citizen disarmament. And like all gun-grabbers, they can’t make their case without resorting to falsehoods, as their MoveOn.org petition that urged DeWine to veto the “stand your ground” bill shows (interestingly, one that failed to attract enough signatures despite plenty of free media publicity):

“This reality was the basis for the unjustified shooting deaths of Tamir Rice, Trayvon Martin, and countless other African Americans that have been shot and killed in spite of the fact that they posed no threat of harm to themselves or the community in which they lived.”

Rice, who was pointing an airsoft replica gun at random people and waving it around, was shot by police after refusing to show his hands when ordered. A grand jury refused to indict after viewing surveillance video evidence. In any case, it had nothing to do with “stand your ground” laws and everything to do with one of NAACP’s goals—that citizens be disarmed, and police be the “Only Ones” allowed to deploy with guns.

Likewise in terms of “pos[ing] no threat”, Martin was in the process of straddling “white Hispanic” George Zimmerman and beating his head into the ground. And contrary to the lies told by those who use that incident to discredit “stand your ground” laws, George Zimmerman’s legal defense did not use that argument.

So why bring up two cases that had nothing to do with what they’re petitioning against?

If anything, as an economist, researcher, and author John Lott demonstrates, “blacks benefit most from Stand Your Ground laws”:

“Blacks may make up just 16.6 percent of Florida’s population, but they account for over 31 percent of the state’s defendants invoking a Stand Your Ground defense. Black defendants who invoke this statute to justify their actions are acquitted 8 percent more frequently than whites who use that same defense.”

Perhaps NAACP opposition to an armed citizenry, self-defense, and  “the security of a free State” has less to do with “commonsense gun safety laws” and more to do with advancing the agenda of a key founder, lifelong socialist and late-in-life self-outed Communist Party supporter W.E.B. DuBois.