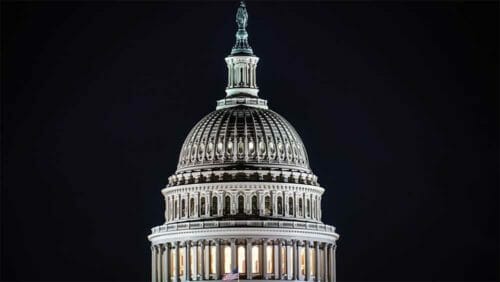 Colorado ~ Washington DC – -(AmmoLand.com)- Newly elected Rep. Boebert Scores First Congressional Victory! This past weekend Congresswoman Lauren Boebert (CO-03) released the following statement after the passage of the H. Res. 8 – the Rules of the House of Representatives for the 117th Congress:

“I ran for Congress and have now taken an oath to support and defend the Constitution. That fight began in earnest as House Democrats attempted to stop Members of Congress from exercising their Second Amendment rights. I led eighty-two of my colleagues in fighting back, and we won. I promise I will never stop defending your Constitutional rights.”

Recently, 21 Democratic Members of Congress sent a letter to House Speaker Nancy Pelosi and House Minority Leader Kevin McCarthy asking them to include “a provision in the Rules Package directing the Capitol Police Board to ensure that Member of Congress may not possess firearms on Capitol grounds.”

In response to the House Democrats proposed gun grab, Congresswoman-Elect Lauren Boebert wrote and led a letter signed by 83 Members and Member-Elects of Congress slamming this dangerous and short-sighted proposal and advocating for the current regulations that allow Members of Congress to carry in the Capitol Complex and protect themselves to remain in place.

In the 117th Congress, the Congresswoman-Elect will Co-Chair the Congressional Second Amendment Caucus with U.S. Congressman Thomas Massie.

The Second Amendment is more important now than ever before, but the far Left wants to take it away. @RepThomasMassie and I are fighting back.

We just launched the Second Amendment Caucus, which we will be Co-Chairing, to fight for your Constitutional rights. #2A pic.twitter.com/7KaYWS5wZ4