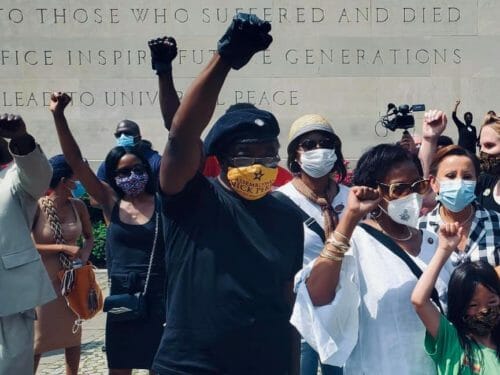 U.S.A. – -(Ammoland.com)- “Covid camps? Put disease ‘carriers’ in DETENTION CENTERS, proposed New York law suggests,” RT News reported Saturday. “Authored by a Democratic member of the New York State Assembly N. Nick Perry, Bill A416 calls for the ‘removal and/or detention’ of individuals who are identified as a ‘case, contact or carrier’ of a contagious disease.”

RT News? Aren’t they Russian? Doesn’t that mean they have an anti-American agenda, and anyone citing them is being their dupe?

My experience with them has been they’re just as good – if not better – than our homegrown DSM (Duranty/Streicher Media). They gave a forum for friend and colleague, the late Mike Vanderboegh, and me to have our say on the subjects of the militia keeping tyranny in check, and on open carry (even if they did mispronounce my name), subjects no domestic establishment outlet want to present unless they control the narrative.

Still, some will no doubt cling to the logical fallacy of discrediting the report based on who the messenger is, so don’t listen to them; listen to the language of the bill itself:

“Upon determining by clear and convincing evidence that the health of others is or may be endangered by a  case,  contact or carrier,  or suspected case, contact or carrier of a contagious disease that, in the opinion of the governor, after consultation with the commissioner,  may pose an imminent and significant threat to the public health resulting in severe morbidity or high mortality, the governor or his or her delegee,  including,  but not limited to the commissioner or the heads of local health departments, may order the removal and/or detention of such a person or of a group of such persons by issuing a single order,  identifying such persons either by name or by a  reasonably specific description of the individuals or group being detained. Such  person or group of persons shall be detained in a medical facility or other appropriate  facility  or  premises  designated by the governor or his or her delegee…”

This being New York, determinations will be made by the same “authorities” who arbitrarily restrict some while the powerful celebrate; whose policies place some populations, such as the elderly in nursing homes, at extreme risk while releasing recidivist criminals back into the general population out of political “concern” for their safety; and who prioritize and value addicts over the productive.

It’s not like Americans aren’t starting to question the hell out of what their governments are telling them, especially when they see Covid “death counts” inflated when people testing for the virus pass on from other causes; when the accuracy of the tests themselves are in question; when reports of severe medical reactions are becoming more frequent; and when we see healthcare professionals – hardly doctrinaire “anti-vaxxers” –  are refusing the vaccine.

Clearly, there are plenty of questions that can’t be answered because no one really knows yet. But here is what can be answered, with certainty, if this obscene, tyrannical, and anti-American New York bill becomes enforceable law: Those are ultimately enforced at gunpoint. That means if you don’t want to go, they’re not giving you a choice. Likewise, if you want to leave the facility, expect armed “camp guards” to say “No.”

“Fortunately,” for New York, both Gov. Cuomo and Assemblyman Perry are both big advocates of what the totalitarian-minded like to call “commonsense gun safety laws.” Particularly, as Perry explains, against “weapons of mass destruction” (unless in the hands of enforcers, of course).

Any questions about who rules whom? Everyone is clear on where the raised fist originated?

Just make sure you wear your masks and practice social distancing when the “conductor” yells “All aboard!” to take you to the “detention center”!