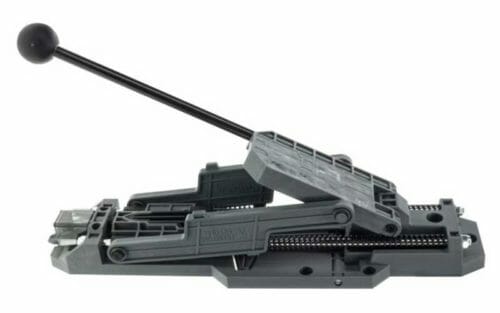 U.S.A. -(AmmoLand.com)- If you are a reloader, you are familiar with having to pull the bullets from loaded cartridges. There are a couple of reasons for that: To disassemble old ammunition enabling one to reuse the cases or to correct a mistake in loading (usually a case sizing or bullet seating problem).

As such, you needed a bullet puller. Aside from the few press/die mounted pullers, most are of the impact, or inertial type: i.e., a hammer that the bullet fits into its head and you slam it down on a hard surface to dislodge the bullet. The process is time consuming, tedious, and hard on the muscles (not to mention the blisters).

When Frankford Arsenal announced their new pile-driver bullet puller, it immediately got our attention. We wondered if, at last, there was an easier and simpler solution to the task of recycling ammunition. Does the Pile-driver do that job?

The answer is a mix of pros and cons. First and most important, it must be mounted vertically on a strong wood stud. That can be inconvenient for some of us with limited space. And, secondly you should use larger and longer screws than are included to prevent the unit from coming loose with use. This is no small unit, its measurements are 20″ x 5″ x 2.75″ (L x W x D), as such, one must use large enough screws to withstand the kinetic energy which is released when it “fires”. We came to that conclusion after checking out some of the reviews on YouTube.

Next, the unit requires an after-market magnum-carrier assembly (up to .338 Lapua) if you plan on using it for cartridges larger than 30-06. As of this writing, the unit is not priced or available on the Frankford Arsenal website. Our personal opinion is that it should be included in the basic unit.

The Pile-driver is very simple to use. Load your cartridge into the carrier-assembly, pull the lever up to cock the unit, and then lower the handle to initiate the pile-driver. Remove the carrier-assembly to retrieve your case and pull the trap out with the bullet and powder. Very simple and straight forward. The lever-spring design generates enough inertial force to pull all but the most heavily crimped bullets with ease. Sometimes, with heavily crimped bullets, one has to “fire” the unit a second time… but, not often.

By placing some foam in the bottom of the collection trap, most bullets can be retrieved without damage for reuse. There is also a barbed fitting allowing the attachment of a tube for collecting. Experience dictates that you put an O-ring clamp on the tube to ensure that it does not come off unexpectedly.

Because of the force generated by the Pile-driver, there is an integrated safety mechanism
that prevents the mechanism from being engaged without the carrier being fully locked into place. That is a very good feature when one considers the force behind the Pile-driver.

The MSRP of the Pile-driver is $59.99, and despite the minor shortcomings which we noted, it functions as advertised and is definitely better than the old “hammer method”.

The Clarys:
Jim is a retired USAF Scientist and a combat veteran from the Vietnam era. Mary is a retired NICU nurse who shot F-Class competition before injuring her back. Between them, they have over 100 years of experience in hunting and shooting. They have published over 800 articles and reviews, many of which can be read on AmmoLand News. 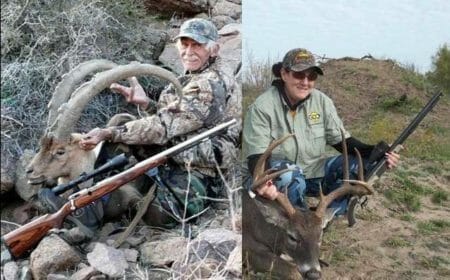