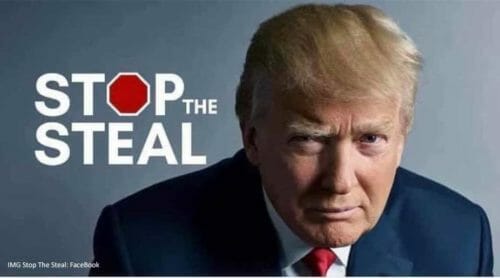 “Ensuring the integrity of elections that take place in America is essential to our Republic.”
Editors Note: We have Congress on board to protest the fraudulent Electoral College Certification but we need Senators to publically commit or this protest means nothing, Call your Senator and tell them “protest the fake Electoral College Certification “.

“Ensuring the integrity of elections that take place in America is essential to our Republic. Several states removed voter safeguards during the 2020 elections that violated provisions in their respective state constitutions and the United States Constitution. As a Representative sworn to defend the U.S. Constitution, it is my responsibility to object to the Electoral College results that were recorded under these circumstances. The American people deserve secure and fair elections. Unfortunately, the 2020 election was neither of those things. I will be voicing my objection on January 6th.”

In the 2020 election, numerous states changed voter procedures without the approval of their respective state legislatures and in several instances extended the time for people to vote and return their mail-in ballots well past election day. There was also fraud, the removal of voter safeguards and signature verification standards, new rules for mail-in voting, technical issues with voting machines and other significant election integrity issues that likely influenced the official outcome of the Presidential Election. In sworn affidavits and under penalty of perjury, more than 900 witnesses have testified that people were seen filling out blank ballots, counting votes after they asked Republican poll watchers to leave, changing votes, processing and backdating bad ballots, delivering suspicious piles of ballots to counting rooms, and blocking, ignoring or intimidating Republican poll watchers.

Significant fraud accusations in the 2020 Presidential Election include:

Objections to the Electoral College certification has occurred three times in the last 20 years: In 2001, 2005, and 2017 – all by Democrats.

First Of Its Name: The New SIOPTO SCOUTER From Strike Industries