The 5th Day of Christmas by Bloomberg & Beto-Backed Texas Lawmakers 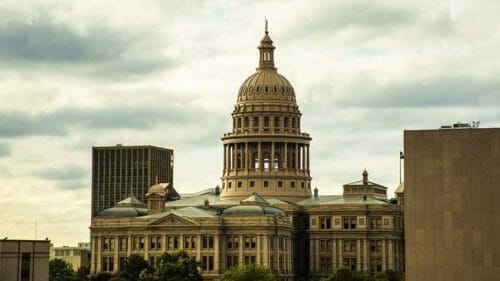 U.S.A. -(AmmoLand.com)- NRA-ILA is counting down the legislative lumps of coal that anti-Second Amendment lawmakers in Texas are leaving in gun owners’ stockings this year.

The 2021 Texas legislative session is less than a month away. Please support NRA-ILA as we work with gun owners to STAND YOUR GROUND on your Second Amendment rights at the Capitol in Austin next year!

Next up: House Bill 238 by Rep. Terry Meza (D-Irving), which repeals the state firearms preemption law, allowing cities and counties to regulate guns and ammunition in any manner they see fit.

Municipalities like Austin, Dallas, El Paso, Houston, and San Antonio could be free to enact gun bans, magazine limits, licensing and registration schemes, and prohibitions on carrying firearms on your person or in your car. Only five states — CT, HI, MA, NJ & NY, all bastions of gun control — have no preemption protection. Preemption ensures uniformity in state gun laws so that honest citizens aren’t subject to confusing and conflicting local restrictions or denied their Second Amendment rights based on where they live, work or travel.

The importance of preemption was highlighted back in March during the early stages of COVID-19, as city and county officials adopted emergency orders closing most businesses, including gun stores. Attorney General Ken Paxon ruled in Opinion No. KP-0296 that these local orders could not regulate or restrict the sale of firearms, and he relied heavily on Texas’ firearms preemption statute in his opinion.

The post The 5th Day of Christmas by Bloomberg & Beto-Backed Texas Lawmakers appeared first on AmmoLand.com.