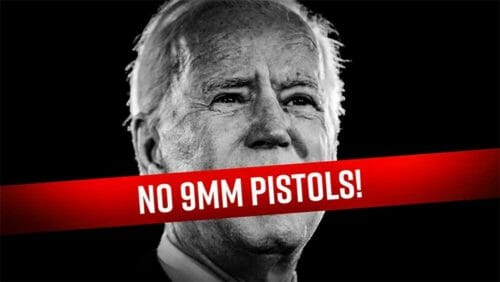 Feldman reportedly said Biden will “make big, bold changes through executive action, not just on policing and climate as we talked about previously, but in healthcare and education on gun violence, on a range of issues.”

But Biden may face an embarrassing dilemma that could dominate his attention. Fox News reported the U.S. Attorney’s office in Delaware has opened an investigation into the younger Biden’s “tax affairs.”

Fox News quoted a statement from Hunter Biden in which the president-elect’s son announced, “I learned yesterday for the first time that the U.S. Attorney’s Office in Delaware advised my legal counsel, also yesterday, that they are investigating my tax affairs. I take this matter very seriously but I am confident that a professional and objective review of these matters will demonstrate that I handled my affairs legally and appropriately, including with the benefit of professional tax advisors.”

According to Fox News, the Biden-Harris Transition team said: “President-elect Biden is deeply proud of his son, who has fought through difficult challenges, including the vicious personal attacks (in) recent months, only to emerge stronger.”

Some critics are wondering, though, why word of this investigation didn’t come sooner, say, before the Nov. 3 election.

Way back on Oct. 16, the Boston Herald raised this issue in an editorial headlined, “Mainstream media’s silence on Biden story scandalous.” What the Herald editorial board wrote could be considered the alarm everyone ignored:

“If any doubt remained that the mainstream media is a subset of the Democratic Party, this should dispel it. We’ve gone through three and a half years of speculation, conjecture and “sources said” stories about President Trump, complete with periodic armchair analysis by psychiatrists who’ve weighed in on his mental health.

“The president has always been seen as fair game, but as one can see, the game isn’t fair.”

With presumable President-elect Biden now poised to launch an all-out war on a cornerstone of the Bill of Rights—the same list which begins with the First Amendment protecting the establishment press in its own crusade against the Second—grassroots activists can raise the prickly question about how fair, or even objective, the media will be as the new administration unleashes its effort to crush the Constitution’s “Fail Safe” provision.

The elder Biden, a perennial gun-control proponent during his 47 years inside the Beltway, posted his plan to “end the gun violence epidemic” months ago online, erasing any doubts about his intentions once in the White House. His gun control agenda could have been written by Michael Bloomberg’s Everytown for Gun Safety, and many believe it probably was.

The former vice president under anti-gun President Barack Obama faces only one possible roadblock, a Republican Senate majority. That will be determined by a special election on Jan. 5 in Georgia when both U.S. Senate seats, now occupied by incumbent Republicans David Perdue and Kelly Loeffler, are on the ballot. They are being challenged by far-left Democrats Jon Ossoff and Rev. Raphael Warnock.

Gun control proponents are already looking at the potential for more gun restrictions. In an Op-Ed published by the Baltimore Sun, Joseph V. Sakran and Igor Volsky wrote “the president-elect can and must take decisive action to respond to Americans’ call for safer communities.”

Sakran is the director of emergency general surgery and a trauma surgeon at Johns Hopkins Hospital. Volsky is the executive director of Guns Down America, a gun control group.

The newspaper recently noted a sharp rise in Maryland gun sales apparently spurred by the looming Biden presidency. It is part of a national trend, with gun sales going up across the country.

But the Biden administration isn’t the only force moving quickly on the gun issue. Gun rights organizations including the Second Amendment Foundation are already ramping things up with at least a half-dozen lawsuits filed in recent weeks and more on the horizon.

Biden is likely to become another president whose term in office will actually result in strong gun sales. Indeed, that already appears to be shaping up and he hasn’t even been sworn in.

According to Forbes, Smith & Wesson reported “sales more than doubled” during the financial quarter that ended Oct. 31.

“The company also reported net income of $52.2 million for the quarter, compared to $1.3 million in the year-ago quarter, and said it has zero net debt,” Forbes reported.

While the annual January Shooting, Hunting and Outdoor Trade (SHOT) Show has been canceled for 2021, there appears little doubt the firearms industry will continue enjoying healthy sales.

There is something else in the air, too, and it’s not just snow. Biden and his media cheerleaders are ready to push the most restrictive gun control agenda since Democrats took control in Richmond, Virginia or even Sacramento, California.

What they may not be fully taking into account is the ferocity with which the Second Amendment community may push back.

The post Report: Biden to ‘Move Quickly Against Guns’ appeared first on AmmoLand.com.