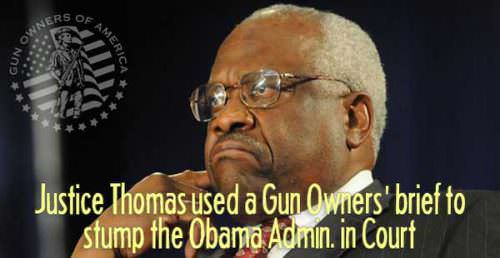 On The Russ Clark Show, a local radio show in Yuma Arizona, an investment guru guest, known only as “Edward”, made a prediction: The Supreme Court justices would not accept the Texas v. Pennsylvania lawsuit contesting the legality of the elections in four states.

The show is local, but is regularly listened to by members of Congress (over the Internet). Congressmen and members of the Trump campaign have been regular guests.

Edward’s argument was: Supreme Court Justices would not rule to enforce the Constitution, because they fear their homes would be burned.

In plain language, he believed political terror had already supplanted the rule of law in the United States. Edward predicted two run-off elections in Georgia will result in two Democrats being elected.

His argument: the machine in Georgia was successful in electing candidate Biden. Why wouldn’t they duplicate the process for the two Senators?

Edward is not mentally challenged. He has a brilliant mind. He is said, by my sources, to be managing assets in the billions. He has wisely kept a low profile. His judgment has been excellent. It is how he has made his wealth, starting from middle-class roots.

I disagree with his analysis.

If we are already in an era of political terror, where Supreme Court justices rule because they fear their houses being burned, his results do not follow. It is a non-sequitur.

If we are already in a regime of political terror, safety is not obtained by placating the terrorists, those who would burn down your house, because you disagree with them.

Placating terrorists has been shown, over and over, to be a bad strategy.

The terrorists have marked 5 or 6 members of the Supreme Court as enemies of the people.

The first five of those justices have been subject to death threats for following the Constitution. They have been characterized by the Left as being evil people, on national television, by national leaders on the Left.

The groups who made those threats are the same groups who would credibly threaten to burn the justices’ houses. They are *not* going to be placated by candidate Biden taking power.

They will be emboldened.

The five justices named are not stupid. If they fear their houses being burned, they know the threat will not go away if they give the people making the threats more power.

They know any assurance of safety, from the Left, is always conditional and subject to withdrawal at any time.

The physical power which now protects Supreme Court Justices will be diminished if they empower the machine which threatens them. It seems unlikely, by feeding the crowd of political zombies, they will be the last eaten.

Those making threats are ideological extremists, political zombies, convinced of the rightness of their cause, the evil of their opponents, and the justification of any means necessary.

It is what happened in the French revolution, in Bolshevik Russia, in Nazi Germany, in China, Vietnam, Cambodia, Laos, Cuba, Nicaragua, Venezuela, Japan before WWII, many South American countries after breeches in the rule of law, and Mexico, as the rule of law is lost, and the rule of force commenced.

The difference is, at present, the Supreme Court can preserve and extend its power by enforcing the Constitution. It can make its independence and physical security greater, by supporting the organization which has supported that independence.

It is not Republican mayors or governors who stood by and cheered on the destruction of Democrat cities. It was Democrats.

The five justices most at risk have read Thomas Paine’s famous speech. In it, he offers an existential choice: Fight or be slaves.

His logic is famous: When will we be stronger?

Not fighting (in this case, not upholding the Constitution) leads to diminishing strength in a Biden administration, likely with a packed court, with threats from Biden allies who he or Kamala Harris would be unwilling to oppose.

Fighting by upholding the Constitution allows the possibility of growing stronger.

There is the possibility of another appointment of an originalist justice by President Trump.

There is a greater chance of reluctance by the Left to cancel the Constitution when bad consequences (for the Left) result from a bold attempt to do so. (The present election scandal)

The greater threat is not justices lacking the courage to stand up to a physical threat.

It is normalcy bias in denying the existence of a threat at all.

It is the insistence by the Left/Media/Tech Oligarchs, that all is normal. If you do as we (the left) say, nothing will happen. If you rock the boat, it will upset “normal” and rocking the boat (except in a way that advances the left) is bad.

Supreme Court justices receive death threats with some regularity. They are used to it. Under the rule of law, those threats are investigated, and sometimes, prosecuted.

Under a regime that has shown no regard for the rule of law, only threats the administration disagrees with will be investigated.

Under a Biden administration, with a neutered Supreme Court, the threat becomes multiplied a thousand-fold.