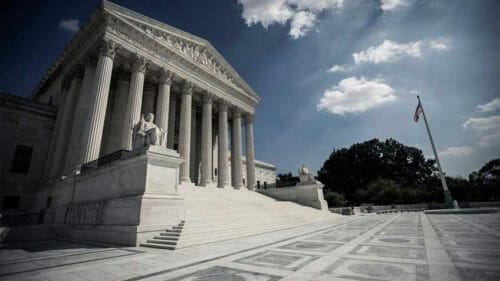 Georgia/United States – -(AmmoLand.com)- The Georgia Senate runoff elections that involve Senators Kelly Loeffler and David Perdue come down to one very simple question: Do you want nine justices to hear Second Amendment cases? This is perhaps the fundamental question to ask any Second Amendment supporter who is sitting on the sidelines.

What is that bind? If Roberts votes to uphold things like magazine bans, semi-auto bans, or other anti-Second Amendment laws, and the other five justices appointed by Republican presidents vote to strike them down, then he has no influence. Why? Because by being in the minority, he will not be able to assign the opinion. That duty would then be carried out by the senior associate justice on the Supreme Court.

Right now, the person in that position is none other than Clarence Thomas. It is highly likely that he would, given his past excoriations of the Supreme Court’s refusal to address the Second Amendment, be eager to write the opinion himself (an option that the justice assigning the opinion has). We could expect something sweeping in that instance. To avoid that, Roberts would have to join the other five justices, and he would then be able to assign the opinion to a justice who might make a more narrow ruling.

Of course, this is if the Supreme Court stays at nine members. Remember, during the campaign, Biden and Senate Democrats refused to rule out adding more justices. Unlike President Trump, Biden has not mentioned who he would put on the Supreme Court. In all likelihood, they would be hostile to our rights.

Do you really think that Biden, with his long history of hostility for our rights, would pass up the chance to pack the court to provide a thin veneer of legal justification for whatever attacks he has in mind? Do you trust folks like Jon Tester and Joe Manchin to be the firewall against such schemes?

The fact is, a 50-50 Senate will lead to a packed Supreme Court, which places our rights at extreme risk. Not only do we risk losing our Second Amendment rights, but we could also easily see our First Amendment rights abridged as well… with the system rigged against us for the foreseeable future. Second Amendment supporters need to back the re-election efforts of Senators Loeffler and Perdue, then also support the National Rifle Association’s Political Victory Fund and their Institute for Legislative Action, in order to be ready for 2022 and 2024.