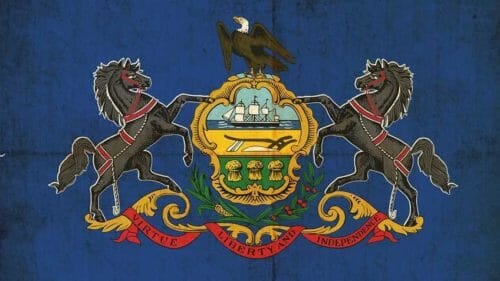 U.S.A. -(AmmoLand.com)- Last week, Gov. Tom Wolf vetoed a pair of pro-Second Amendment bills that had passed both chambers of the Legislature with solid support.  The move was not unexpected, given that the anti-gun Governor has been unilaterally demonstrating his disdain for freedom and liberty for months.

Nevertheless, we want to thank the legislators who took a bold stand for the rights of Pennsylvanians. House Bill 2440 and House Bill 1747 had both passed the Senate in November on votes of 29-20 after easily clearing the House earlier this Fall.  These bills were written to protect constitutionally guaranteed rights during declared states of emergencies.

House Bill 2440, by Rep. Bill Kortz, would have designated shooting ranges, sportsman clubs, hunting facilities, and business relating to the sale or production of firearms and ammunition as life-sustaining.  House Bill 1747, by Rep. Matthew Dowling, would have prevented state and local governments from suspending or limiting the sale, dispensing, or transportation of firearms during a declared emergency.  It also would have removed the carry prohibitions that exist with exemptions.

COVID-19, and the closures occurring across much of the country, have forced a reexamination of statutes in many states with regard to declared states of emergency.  Citizens are guaranteed basic fundamental rights that should never be infringed, particularly in these tumultuous times.  We have witnessed firsthand the inability of the government to protect people, and it is absolutely essential that citizens be able to provide for their own self-defense, especially during a declared state of emergency. While Gov. Wolf’s veto is disappointing, NRA will continue to fight for the rights of all Pennsylvanians.

We would like to thank all of the NRA members who contacted their legislators and the Governor.