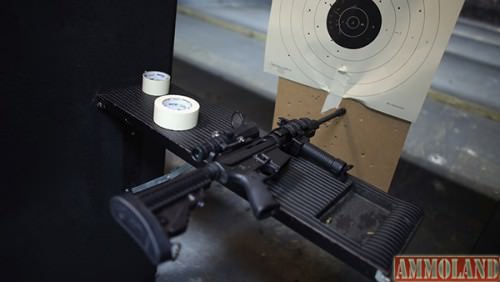 U.S.A. –-(AmmoLand.com)- Today, Firearms Policy Coalition (FPC) announced the filing of a new federal Second Amendment lawsuit that seeks to strike down the State of Maryland’s ban on so-called “assault weapons,” arms that are constitutionally protected under the Second Amendment. The case, Bianchi, et al. v. Frosh, et al., can be found at FPCLegal.org.

All’ “individuals who are legally eligible to possess and acquire firearms, have a fundamental, constitutionally guaranteed right to keep common firearms for defense of self and family and for other lawful pursuits,” the plaintiffs’ complaint says. “But the State of Maryland has criminalized the possession and transportation of common firearms by ordinary citizens, making it wholly unlawful for law-abiding citizens to exercise their fundamental right to keep and bear such arms.”

The plaintiffs acknowledged that “the result they seek is contrary to Kolbe v. Hogan,” a 2017 en banc decision of the Fourth Circuit Court of Appeals. But, they say, “that case was wrongly decided. They therefore institute this litigation to vindicate their Second Amendment rights and to seek to have Kolbe overruled.”

“In Heller and McDonald, the Supreme Court confirmed that the Second Amendment guarantees an individual right to possess commonly owned firearms,” explained Pete Patterson of Cooper & Kirk. “Despite this guarantee, Maryland bans its citizens from owning some of the most popular firearms in the Nation. This ban is blatantly unconstitutional, and we are bringing this suit to correct erroneous precedent to the contrary.”

“The constitutional rights at stake here are fundamental in nature, and Maryland’s laws cannot withstand Heller’s categorical analysis or any form of heightened scrutiny,” noted Ray DiGuiseppe. “It is no answer to say that it is permissible to ban these common arms so long as the possession of other firearms is allowed. All law-abiding adults have the right to purchase and possess the firearms the State prohibits under its laws, and we will work to restore that right in this case.”

“So-called ‘assault weapons’ are some of the most commonly owned semi-automatic firearms, all of which are excellent for self-defense,” explained FPC’s Adam Kraut. “Maryland’s ban on these firearms robs its citizens of their right to choose, forcing them to purchase and use firearms that may not be what is best for them, including defending their homes and their families. All law-abiding adults have a constitutional right to purchase any of the semi-automatic firearms on the market today. Maryland’s laws are unconstitutional and we look forward to vindicating the rights of our clients and all individuals in Maryland and across the United States in this case and others.”

“Under the text of the Constitution itself, not to mention the Supreme Court’s precedents, the plaintiffs and all law-abiding People have a right to keep and bear these common semi-automatic arms for all lawful purposes,” said FPC President Brandon Combs. “Through this case, our Miller v. Becerra litigation, and others, we will continue to fight forward and restore the full scope of Second Amendment rights throughout the United States.”

The Bianchi case is another important lawsuit filed as part of FPC’s comprehensive strategy to defend freedom, advance individual liberty, and restore the Constitution and its guarantees for individuals throughout the United States. Individuals who wish to support the lawsuit can do so at JoinFPC.org and www.firearmspolicy.org/bianchi.

If you would like to support FPC’s Bianchi case and many other pro-Second Amendment lawsuits, legal action, and research, please chip in $5, $10, $25, or whatever you can at https://www.firearmspolicy.org/donate or Join the FPC Grassroots Army at JoinFPC.org.