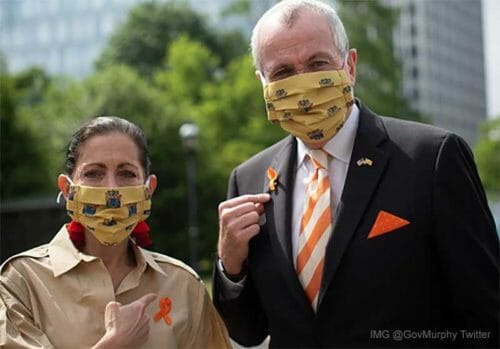 New Jersey – -(AmmoLand.com)- Governor Phil Murphy and his chummy buddies; the gun-grabbing, anti-freedom, anti-civil rights groups such as Everytown for Gun Safety, Moms Demand Action, Giffords, et.al. have not skipped a beat in continuing to flex their influence and try to usurp the liberties of peaceful law-abiding citizens.

These attacks and displays persist, even during a time of a worldwide health pandemic.

Explored in “Never-Mind COVID Gov Phil Murphy, Don’t Forget Gun-Grabber Gabby’s Birthday!?”,  I brought to light the fact that the Giffords Center was still intent on cramming their rhetoric through, and was so confident as to request Governor Phil Murphy drop what he was doing to send a birthday greeting, smack dab in the middle of this COVID-19 mess.  Murphy was also focused on trying to inflict financial burdens upon the law-abiding, background check passing, citizens in New Jersey with proposals to increase the fees in order to exercise a constitutional right.  Some of the fee hikes would be 25 times more than the current amounts as if there are zero economic impacts from the pandemic.

COVID-19 may have slowed down the world, but it has not stalled those who want to strip us from our freedoms!

Taking a look through documents obtained by AmmoLand News, OPRA W163770, we can glimpse a bit more at the stronghold and complete symbiotic relationship New Jersey Governor Murphy has with those wishing to inflict harm to our natural ability to protect ourselves.  June 5th is allegedly observed as “Gun Violence Awareness Day.”  In preparation for this very “important” day, Paul Crupi (paul@cignj.com), The Vice President of Public Affairs at the Capital Impact Group (the lobbyist firm used by Moms Demand Action/Everytown), sent an email to Matthew Platkin, Chief Counsel to Governor Phil Murphy with the following request:

“I’m Reaching out on behalf of Everytown for Gun Safety.  Everytown is organizing a social media campaign for gun violence awareness day on June 5.  Their idea is to mail orange ribbon lapel pins to elected officials, and ask the officials to post a message reflecting the importance of the day.  The social media post would be scripted and everything would be coordinated through Everytown.  Would Governor Murphy be willing to participate in this campaign?  Everytown needs mailing addresses, emails, and confirmation by May 5, if possible.  Please let me know!”

Fast forward to ”Murphy’s June 5th, 2020 Coronavirus Briefing Media”, the second paragraph in we have this nugget:

“I’m wearing orange, many of us are wearing orange today just to remind folks that today is National Gun Violence Awareness Day. So to the victims of gun violence and to their families and survivors, we are with you in solidarity.”

Also on June 5th, Phil Murphy’s “Announcement of Intention to Nominate Fabiana Pierre-Louis As Associate Justice of the New Jersey Supreme Court”, he holds no punches diving in right after his salutation, with the first sentence:

“Before I begin, I wish to quickly acknowledge that today is Gun Violence Awareness Day, and, in solidarity with all victims of gun violence, and the surviving families of those we have lost, we are all wearing our orange. And, to them, we commit that New Jersey will continue to be a leader in the national fight to end senseless gun violence.”

Okay, but what about that social media campaign that Crupi, the mouthpiece of Everytown was talking about?  Turning to twitter take a look-see at Murphy’s tweet from June 5, 2020:

On #GunViolenceAwarenessDay, we #WearOrange in solidarity with victims & survivors of gun violence. We’ve fought like hell to enact commonsense gun safety laws in NJ and we won’t stop until our kids, our communities & the country we love are free from the scourge of gun violence. pic.twitter.com/IIkjyJXxIt

“On #GunViolenceAwarenessDay, we #WearOrange in solidarity with victims & survivors of gun violence. We’ve fought like hell to enact commonsense gun safety laws in NJ and we won’t stop until our kids, our communities & the country we love are free from the scourge of gun violence.”

Anyone notice Murphy tugging at his lapel, proudly displaying his orange ribbon?  Perfectly paired with his orange tie and pocket square?  We can all assume he had a big smug smirk on his face, but cannot see it due to his face covering, which was surprisingly not orange.  This is another glaring example of “If you ask, you shall receive – if you’re politically connected if you’re also anti-freedom if you’re a gun-grabber if you lobbied for him to get in office….”  and on it goes.

Interesting to note, apparently there are about 35 different potentials “meanings” of an orange advocacy ribbon.  However, there are only a couple for brown ribbons.  Now is a good time to start a new initiative.  During this COVID-19 pandemic, a horrible time, everyone should reach out to Murphy & our legislators, and request the wearing of brown ribbons to represent…well, use your imagination.  It has to do with Murphy’s performance as the Governor of New Jersey.

Requests for Murphy to join the #wearbrown campaign can be directed to the Office of the Governor: 1-609-292-6000 or if you prefer this online form www.state.nj.us/governor/contact/all/.  It’s the perfect time to tie up our executive and legislative resources by making such requests while the peasants in the state suffer.  #priorities

John Petrolino is a US Merchant Marine Officer, writer, author of Decoding Firearms: An Easy to Read Guide on General Gun Safety & Use and NRA certified pistol, rifle, and shotgun instructor living under and working to change New Jersey’s draconian and unconstitutional gun laws. You can find him on the web at www.johnpetrolino.com on Twitter at @johnpetrolino and on Instagram @jpetrolinoiii. 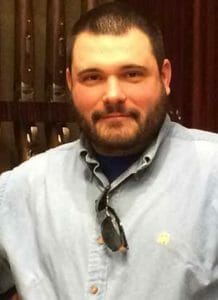 The post Everytown’s Anti-Freedom Effort Grinding Away in Times of COVID in NJ appeared first on AmmoLand.com.