How Much Ammunition is Produced for the United States Market? 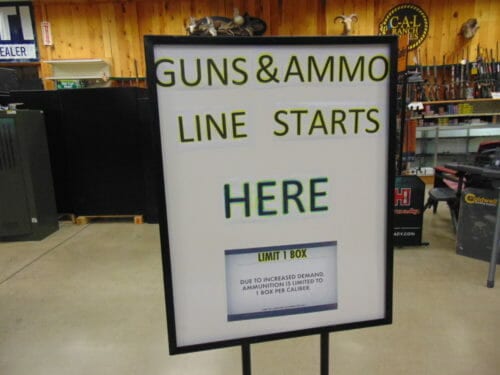 U.S.A. –-(AmmoLand.com)- For the second time in a decade, demand for ammunition has outstripped supply in the United States. The first ammunition bubble was from 2012 to 2017. The next started in 2020.

Ammunition manufacturers have increased their capacity. In the face of increased demand, it has not been enough. Ammunition plants are running 24/7 to make profits while demand is high. Shortages still exist in the United States. Common calibers have disappeared from store shelves. Prices have risen. Panic buying and purchasing for private stockpiles have increased.

Those who purchased a stockpile in the interval between ammunition bubbles from 2017 to 2020 are considered wise and foresighted. At one point in October of 2018, .22 rimfire ammunition was available at 2.5 cents per round.

How much ammunition is being produced and purchased in the United States market?

During the .22 rimfire bubble, the productive capacity was increased from about 4 billion rimfire rounds to 5 billion rimfire rounds per year. The National Shooting Sports Foundation has estimated total ammunition produced for the United States market in 2017 at 8.1 billion rounds. In 2018, the total ammunition production for the United States was estimated at 8.7 billion rounds. The numbers for 2019 should be published in December of 2020.

A reasonable extrapolation puts the amount of ammunition produced for the United States market at somewhat over 9 billion rounds, of which 5 billion are rimfire and 4 billion are centerfire rifle, pistol, and shotgun rounds in 2020.

Over 99 percent of all small-arms bullets (5.56-millimeter [mm], 7.62-mm and .50-caliber) consumed by the Army under its Title 10 responsibility to supply and equip its forces are manufactured at the Lake City Army Ammunition Plant.

After VJ day, all small caliber production plants except Lake City and Twin Cities were closed.Years later, the Korean Conflict would only require operation of six small caliber ammunition plants to meet wartime requirements. Five plants were utilized in the Vietnam War and amazingly today‟s production is able to meet requirements of 1.5 billion rounds per year by operating one facility, Lake City with Alliant Tech systems (ATK) as the current operating contractor. Modernization of production lines and new technologies has provided the abilities to meet this mission with a reduced infrastructure. Additional rounds are procured from General Dynamics and provided by NATO forces to meet total requirements. 48

Ammunition manufacturing capacity, for the United States market, is about 9 billion rounds per year. About 5 billion are rimfire, about 4 billion are centerfire.

Small arms ammunition capacity for the U.S. military is about 1.6 billion rounds per year. It is all centerfire ammunition.

The post How Much Ammunition is Produced for the United States Market? appeared first on AmmoLand.com.