Just What Penance Does Warnock Want Gun Owners To Do? 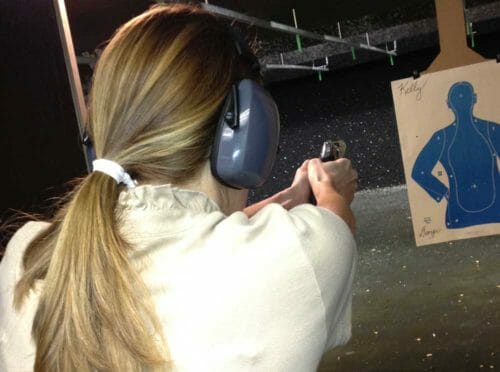 Georgia – -(AmmoLand.com)- One thing that Second Amendment supporters need to understand: Anti-Second Amendment extremists hate you. There is no compromise to be had with them. In their mind, by defending your rights, you are now an accessory to any horrific crime or act of madness that involves the misuse of firearms, be it Sandy Hook, Parkland, Las Vegas, or Tucson.

For example, take a look at some of the rhetoric from Raphael Warnock, who is trying to unseat Kelly Loeffler in a special election in Georgia that is due to take place on January 5. Second Amendment supporters backed President Trump in his successful 2016 campaign and the unresolved 2020 campaign for very valid reasons:

The list is not exclusive, but the preceding list is arguably a good start. Debate on that, though, can wait for another time. The thing is, Second Amendment issues were one major reason that many loyal Ammoland readers supported President Trump.

Warnock thinks you need to “repent” for that support. In his mind, you’ve committed an act of evil in doing so. In a way, it’s similar to the Ossoff opinion that your defense of the Second Amendment makes you corrupt. They believe that people who resist being punished for crimes and acts of madness they didn’t commit are really accessories to the next horrific crime or act of madness that happens.

So, while Warnock works with Bloomberg’s Everytown and other anti-Second Amendment groups to punish you for crimes you didn’t commit and then proceeds to blame your efforts to defend your rights for the next tragedy, you need to start doing some hard work yourself. Warnock cloaks his unjust attacks on our rights in the guise of religion. The no that we need to do “penance” for our Second Amendment activism, when you get right down to it, is really just another form of Second Amendment shaming.

Second Amendment supporters should go to Senator Loeffler’s campaign site to see how they can help her win the special election. In addition, they need to support the National Rifle Association’s Political Victory Fund to be ready for the 2022 midterms, no matter who wins the White House.

The post Just What Penance Does Warnock Want Gun Owners To Do? appeared first on AmmoLand.com.

Remote Brutality Contest is On! Dig out Your Rifles and Kettlebells