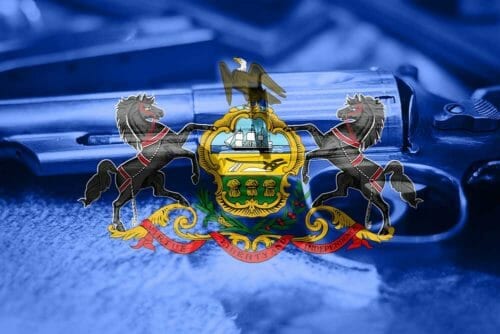 U.S.A. -(AmmoLand.com)- On Wednesday, the Senate voted on a pair of pro-Second Amendment bills, giving the legislation final approval and sending both bills to the desk of Governor Tom Wolf.  House Bill 2440 and House Bill 1747 both passed the Senate on a vote of 29-20.  These bills were introduced and passed to protect constitutionally guaranteed freedoms and liberties during declared states of emergency like we are experiencing this year with COVID.  The Legislature’s action parallels guidance on critical infrastructure issued by the U.S. Department of Homeland Security earlier in the year.

House Bill 2440, by Rep. Bill Kortz, would designate shooting ranges, sportsman clubs, hunting facilities, and business relating to the sale or production of firearms and ammunition as life-sustaining.

House Bill 1747, by Rep. Matthew Dowling, would prevent state and local governments from suspending or limiting the sale, dispensing, or transportation of firearms during a declared emergency.  It would also remove the carry prohibitions that exist with exemptions.

COVID, and the closures occurring across much of the country, have forced a reexamination of statutes in many states as they relate to an Executive’s ability to summarily and unilaterally suspend constitutional rights.  The current public health challenge has highlighted the need to review and update our laws with regard to declared states of emergency.  Citizens are guaranteed basic fundamental rights that should never be infringed, particularly in these tumultuous times.  We have witnessed firsthand the inability of the government to protect people, and it is absolutely essential that citizens be able to provide for their own self-defense, especially during a declared state of emergency. This legislation is critical, and we need your help to get it signed into law.

Please contact Gov. Tom Wolf at 717-787-2500, or by clicking the above “Take Action” button, and respectfully request that he sign both of these important bills.