Virginia Laws That Don’t Stop Gun Violence!? Get Thumbs Up from Northam & Giffords 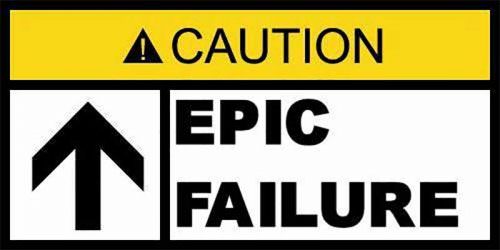 Virginia – -(AmmoLand.com)- The Virginia Beach shooting of 2019 was an absolute travesty. None of the people who were killed deserved to die.

But those people do not deserve to have their graves danced on by Gabby Giffords and the Giffords Law Center to promote gun control. The shooter who used a suppressed .45 cal handgun followed all of the laws that the federal government and the state of Virginia had at the time. He went through the exceedingly long background check to buy his suppressor, a background check that is much more extensive than the typical background check performed at a gun shop with the 4473. He legally purchased his handguns, one being a common Glock 21 pistol and the other a USP compact. These guns do not have “High capacity magazines” but come with normal 10 round magazines, normal even by anti-gun states like New Jersey’s standards.

I bring up these points because the people at Giffords sent an email (embedded below and uncovered by a recent Freedom of Information Request to the state of Virginia) to the Office of Governor “Blackface” Northam just 8 days after the incident with a statement regarding the gun violence in Virginia.

The sad part is none of the statements and eventual laws that were pushed relate at all to the Virginia Beach shooting tragedy. The Governor has even admitted his new gun laws would not have prevented the shooting, even though this is what he and the new members of the Virginia state senate ran on. Instead, they banned bump stocks, which had already been made illegal by the federal government through ATF overreach and more unrelated rights restrictions to burden Virginia gun-owners.

Like the one handgun a month law, which means nothing as long as the person is willing to wait for another month to purchase a handgun. This law also doesn’t stop criminals from purchasing guns from other criminals or stealing them or gaining possession in other ways, like where they buy their drugs. No criminal is going to stop and say “Geez, I already stole one handgun this month, I cannot steal another for 30 days”, but lawful gun owners trying to protect their families end up waiting.

When politicians openly admit their tyrannical laws would not have stopped the shooting or any of the shootings Virginia has had, there is a problem.

These laws only directly affect the average Virginia gun owner. Many of these laws are an absolute waste of time and resources because of already existing laws, (look at the bump-stock ban) and others do nothing to stop criminals. It really bothers me when bodies haven’t even been buried and politicians will stand on them to proclaim safety from violence and then pass laws that do nothing to prevent the violence.

Kate Nixon, one of the 12 victims in Virginia Beach that day, had considered taking her handgun with her because she had concerns about the shooter and one other person she worked with. She had decided against it because it was against the policy of the city. Instead of creating useless rules, policies, and laws, next time considering how expanding rights would not only provide better safety when allowing each person to decide their own right to carry their own protection. No, the state, working with Giffords.org, decided to double down and gut existing Virginia preemption law and pass a new law that allows each city to make their own rules on when and where someone can carry. Now Virginia becomes a quilt-work-map of random and bad gun control laws.

My city of Newport News, VA doubled-down to this nonsense, they voted in a 6-1 vote that people cannot carry a firearm in any building or public park owned or used by the city. This means that if I wanted to go for a walk in the park with my family, I must sacrifice our safety to avoid getting punished. Now people can be hurt on a city-owned property without any major recourse to defend themselves. This is not uniform across the state, a person could be in one city going to another and could be affected by this law. This makes no sense, going from city to city should not change how state laws are enforced. Any gun owner who does not live in any of the 2A sanctuary cities who has not kept up on their city ordinances could be directly affected by this.

Even a blind squirrel finds a nut now and then. The only good law that the Governor signed was the law regarding taxes around gun safes. Any Gun safe that costs less than $1,500 is exempt from the state sales tax. Any law that allows people to avoid paying a tax is a law that is good by me. This also benefits gun owners who wanted to upgrade their safes by not having them pay the sales tax, which could be as high as 7% depending on the part of the state you are in. Adding 7% onto any quality gun safe can really add up.

No matter the will of the people, no matter how useless the laws are at stopping crime and violence, the leadership of Virginia has made it clear that they will pass laws that even THEY don’t believe will stop gun violence.

Donovan Mullen is a firearms enthusiast who moved to Virginia five years ago. He is a US Army combat veteran with one tour to Afghanistan. Donovan started writing articles regarding firearm parts and reviews which sparked his interest in the politics of guns. He now is helping investigate the abuses of power by anti-freedom groups against American’s right to keep and bear arms.

The post Virginia Laws That Don’t Stop Gun Violence!? Get Thumbs Up from Northam & Giffords appeared first on AmmoLand.com.