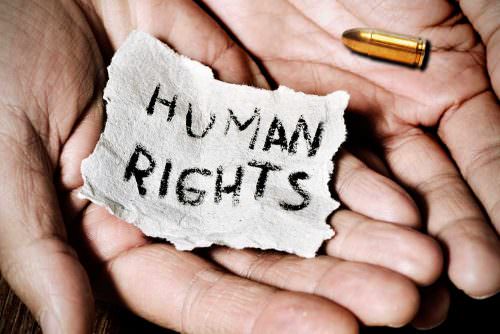 USA – -(AmmoLand.com)- For every pro-gun activist, the goal must be to remove Gun Control from the Agenda of all major American Political Parties.

There are massive cries within the gun community to ostracize gun owners who have voted for Biden… or, more accurately, gun owners who haven’t overtly supported President Trump in the last election. The most offensive posts suggest that those gun owners are traitors to the cause of gun rights. I was told by someone last week that they can’t be expected to tolerate gun owners who “have signed on to force [him] to abdicate [his] rights or face prison.” I don’t think that is the train of thought of a gun owner who votes for a Democratic Candidate. If you are reading this article at AmmoLand News or if you follow my social media, I have to assume that you are “Pro-Gun”.

If you’re not, we welcome you and invite you to still read the article, but I’m really not writing to you today… but you may find it interesting, none the less.

We’re Pro Gun. Our primary voting issue maybe gun rights. We might advocate for gun rights and lobby for changes in laws that increase gun freedom. We might think that all gun control is unconstitutional and every gun restriction is an infringement. We might spend countless hours every year voluntarily working for the cause of gun rights. You might even consider yourself a one-issue-voter (I’m not). We aren’t like every gun owner. That’s okay. Every gun owner isn’t going to vote for the same person, that’s okay too.

Who did I vote for? It’s been a handful of Presidential election cycles since I’ve revealed who I actually voted for. It’s actually fun for me to let people imagine all the reasons I don’t simply state who got my vote. I’ve heard that I secretly vote for one person, but act like I don’t for social media engagement. I’ve heard that I voted for one person this week because of my girlfriend’s political preferences (I don’t even have a girlfriend…). I’ve heard that I’m a mole working against gun rights based on my refusal to say who I voted for… which would actually make me a really bad “mole”, I think?

The real reason: I don’t think it’s cool to suggest that people should be obligated to reveal their votes. If nothing else, my silence is a protest against internet bullying. So, go ahead and speculate… but, I’d rather you focus on the real point of this article.

There is no party that owns the issue. There are over 100 Million Gun Owners in the United States. Around 70 Million Americans voted for each of the leading two Presidential Candidates. Some Gun Owners voted for Biden. Some Gun Owners Didn’t Vote at all!? Some non-gun-owners voted to re-elect President Trump. Some people that think “Universal Background Checks” (ie- the end of private gun transfers) are okay probably voted for Trump. Some people that think ownership of AR15 rifles is okay probably voted for Biden. Some people with a wide variety of opinions on guns voted Libertarian or possibly wrote in everyone from Bernie Sanders to Wayne LaPierre. It is foolish to think that everyone who is a gun owner is a Republican or will vote for Republicans… and, many people will remind us that some Republicans aren’t “real republicans” (yes, they are the same people who feel they can identify “real gun owners” based on their votes).

If we are interested in the future of Gun Rights in our country, we need to work with ALL 100 Million+ American Gun Owners to remove Gun Control from the agenda of every major party.

If we demonize, berate and ostracize fellow gun owners for not being ideologically pure, we lose the fight. When a new gun owner who voted from Biden sits down with another gun owner that shares their political views and they talk about guns, who is going to explain the history of gun control and incrementalism?

Who is going to explain the history of gun control in the courts?

Who is going to explain the tie between gun control and racism in our country’s history?

Who is going to explain the work that Second Amendment Foundation and Firearms Policy Coalition are doing in the courts? Who is going to talk to them about the movement to “Educate not Legislate” spearheaded by The DC Project TEAL Team? Without those influences, I can see how they come to the conclusions like “this universal background check thing is common sense” or ” no one needs a 30 round mag”. If there isn’t anyone in the room to rationally and calmly have a conversation with them to educate them, why wouldn’t they? Remember, they probably aren’t starting from a conservative or libertarian viewpoint like you and I are.

There will always be anti-gun people.

There will always be an anti-gun movement in the US. There is no reason to think that a party with a significant percentage of gun owners will want to maintain an aggressive gun control agenda… but, they would have to be getting pressure from those gun owners who support their other positions. I have long criticized tying gun rights to conservative issues. There is no need to tie gun rights to immigration, abortion, school choice, healthcare, tax rates, “law & order”, environmentalism or anything else… unless you don’t think gun rights aren’t important enough on their own? Well, I do.

Gun rights aren’t part of one team’s identity politics, they are a human rights issue that transcends party. Honestly, they are a freedom issue… and it can be argued that both parties fight for different freedoms. Gun Rights should be a freedom that we all agree on. The stats say that gun ownership is much larger than “conservatives” or “Republican voters”… so, what’s stopping gun owners on the left from speaking up?

I can’t answer that definitively, because I’m not a lefty gun owner. I’m not a righty gun owner either, of course. I’m a socially liberal-fiscal-conservative-moderate-independent-gun-rights-advocate & freedom-lover who wants small-government. I work with everyone on the cause of gun rights and readily point out the flaws of the right & the left. What I can do is hypothesize. I believe that if the vocal members of the gun community, the grassroots leaders, did more to not push liberal gun owners away, we’d gain vocal allies. I believe that if the leadership of the gun rights movements stopped fear-mongering about “the left” or “liberals” and disciplined themselves to identify the actual enemy (Anti-gunners, gun grabbers, gun control activists, etc.) in their communications, we’d gain vocal allies. I believe that if we not only accepted but actively recruited gun owners who vote primarily on other issues to get more involved, we’d gain vocal allies. The NSSF has shown leadership in this area… unfortunately, most national gun rights organizations have preached to the choir of traditional supporters.

Over the last 30 years, I’ve witnessed and participated in the dramatic growth of Gun Rights Advocacy in our country. Millions of gun owners have been brought into the fold. I’m not just talking about new gun owners. There were millions of complacent gun owners who have become active since the dark days of the Assault Weapons Ban. It was this army of vocal advocates that changed the landscape of Concealed Carry Rights in our country and brought in the era of “Constitutional Carry”. It was this army of vocal advocates who ensured that the AWB would sunset. It was this army of vocal advocates who have prevented any further federal gun control laws from being enacted since those days. Unfortunately, that army of vocal advocates doesn’t hold much sway with the Democratic Party. That army might even be perceived as the enemy of many that are aligned with now & future the leadership of the Democratic Party. That army needs vocal allies. There is no doubt that the largest block of gun owners, and that army, in our country identify as and vote conservative… but, that block is no longer enough. That army needs to unravel itself from conservative politics when advocating for Gun Rights.

That army needs to be recruiting as many vocal allies as it can from the ranks of Millions of non-conservative American Gun Owners.

Our goal is supposed to be the end of the fight over gun rights.

While that end may never truly arrive, we should be implementing a good faith strategy to get there. That strategy must include uniting gun owners to protect the rights protected by our Second Amendment. Think about the two Presidential Debates that occurred over the last couple of months. Gun Rights issues were barely brought up. You and I are in the minority in that we care about this issue more than any other issue of American Politics. We believe that the Second Amendment is the Amendment that ensures all of the others and protects all of our freedoms & ideals. It’s okay if not all gun owners feel that way… as long as we are all working together to protect those rights. Naturally, there are some who don’t want to see gun owners working together. There are some who enjoy the fight. There are some who benefit from the fight. We need to be the ones who are focused on the goal of ending the fight. To that end, we should work to remove gun control from the agenda of all major political parties in the United States. Given the number of gun owners in our country, this is not an unreasonable goal.

Rob Pincus has been educating people about defensive shooting and related personal defense topics for over two decades. He is the Executive Director of the Personal Defense Network and the owner of I.C.E. Training Company. He has authored several books, produced over 100 training DVDs, appeared on several TV & Radio shows, and trained military, law enforcement, and armed individuals around the world. His advice focuses on efficiency and practicality based on his own experiences and continuing research of both real-world events and cutting edge training practices. www.icetraining.us