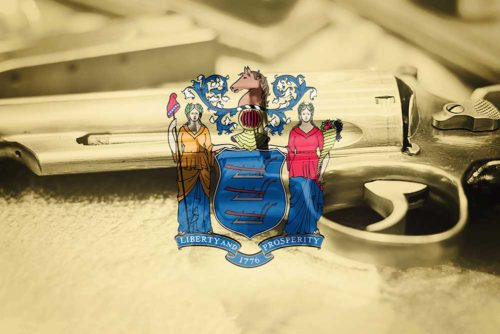 New Jersey – -(AmmoLand.com)- K.J. resides in New York, but is employed as a Chief Range Safety Officer at a New Jersey firearms range. She is certified by the New Jersey State Police to sell firearms and prepares documents for background checks for firearms purchasers. To maintain her credentials and ultimately become a manager at the range, K.J. applied for a New Jersey Firearms Purchaser Identification Card (NJ FPIC).

The Superintendent of New Jersey State Police denied K.J.’s application because she allegedly “failed to disclose information pertaining to a mental health issue associated with questions #24 and/or #26” on her FPIC application.

K.J. represented herself on appeal of the denial. At the hearing in Passaic County, she testified that she “was unaware there was a mental health note on her record because she believed it was never recorded. This event has never shown up on previous background checks.”

She explained that in 2016 she was involved in an altercation where “police… chose to hold me in a mental facility without due process rather than arrest me. I was released and had no idea this would appear on my record.” She further explained that she believed her psychiatric hospitalization was expunged when any charges were dismissed.

K.J. also provided a letter from a psychologist to the trial court, however, the court refused to admit the letter into evidence because the State was unable to cross-examine the doctor.

In a nutshell — K.J.’s clarified and retracted her application answers regarding any mental health issues, but the Trial court strictly found that since there were wrong answers on the form, her application and appeal must be denied.

Nappen pointed out that — similar to K.J.’s mistakes on her application — the Trial court, itself, wrongfully denied K.J. on its Order “pursuant to N.J.S.A. 2C:58-4” and “under N.J.S.A. 2C:39-6.1.” These are both handgun carry permit statutes, neither of which are applicable to K.J.’s firearm purchaser identification card appeal.

When asked for comment, Evan Nappen, Esq., stated, “The important take away is that the Appellate Court recognized that an alleged falsification of an application must be made knowingly. This is not a strict liability scenario.”

[T]he trial judge did not make the critical find of whether K.J. knowingly falsified the application. Contrary to the State’s arguments on appeal, we do not agree that the order contained mere “typographical error[s]” or that the decision was “clearly based” on N.J.S.A. 2C:58-3. The lack of statutory findings, the citation to inapplicable statutes, and the ramifications for K.J. impel us to remand this matter to the trial judge to make the appropriate findings and apply the correct law.

Louis Nappen, Esq., added, “There is no requirement for an evaluating doctor to appear for cross-examination. The statute [N.J.S. 2C:58-3c(3)] merely requires the presentation of a ‘certificate’ from an M.D. or psychiatrist. That was not a valid reason to deny its admittance into evidence. The trial court had all the material information it needed to make an informed decision that K.J. should be issued her license.”

NOTE: This was an unpublished opinion and therefore shall not “constitute precedent or be binding upon any court.” Although it is posted on the internet, this opinion is binding only on the parties in the case and its use in other cases is limited. R. 1:36-3.

Evan Nappen (www.EvanNappen.com) is a criminal defense attorney who has focused on New Jersey firearms and weapons law for several decades. He is the author of the New Jersey Gun Law Guide.

Known as “America’s Gun Lawyer,” Evan Nappen is above all a tireless defender of justice. Host of the praised “Gun Lawyer” Podcast, author of eight bestselling books and countless articles on firearms, knives, weapons history, and the law, a certified Firearms Instructor, and avid weapons collector and historian with a vast collection that spans almost five decades, it’s no wonder he’s become the trusted, go-to expert for local, industry, and national media outlets.

Called on regularly by radio, television, and online news media for his commentary and expertise on breaking news, Evan has appeared on countless shows including Fox, CNN, Court TV, WOR-New York.

As a creative arts consultant, he also lends his weapons law and historical expertise to an elite, discerning cadre of movie and television producers and directors, and novelists. He also provides expert testimony and consultations for defense attorneys across America.

The post NJ Appellate Court Rules That “Falsification” Of Gun Permit Form Must Be Made Knowingly appeared first on AmmoLand.com.