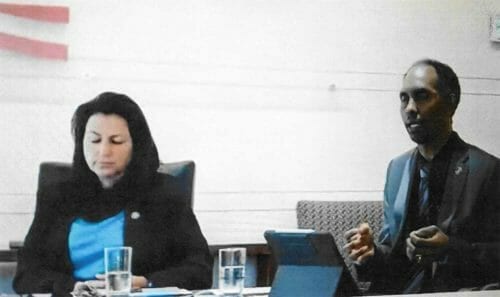 WASHINGTON, DC –-(Ammoland.com)- While the court battles over control of the Whitehouse continues, the leadership of the ATF has already started working with the Biden transition to restrict American’s gun rights further.

Behind the Trump Admins’ Back

Biden will not officially become the president-elect until the election results are certified. Although the former Vice President has claimed victory, Trump has pointed to widespread voter fraud.

November 10th, 2020, during an ATF conference call, Acting Director Regina Lombardo told those in attendance that the anti-gun Biden transition team has reached out to the ATF to get the agency’s “top priorities”.

AmmoLand News’ anonymous source said Lombardo told those on the call that her priorities would be pistol braces and 80% lower receivers.

There are currently multiple millions of pistol braces owned by law-abiding American gun-owners.

The Department of Justice told the ATF’s industry side not to move on pistol braces until the agency could be worked out regulations. SB Tactical and other companies have been working with the federal government to clarify the rules surrounding braces. Currently, the rules are very subjective, which means it depends on the reviewer that gets assigned the review to determine if a brace is legal. There is no set standard.

Instead, the rogue ATF’s law enforcement side sent letters to multiple companies stating that their pistol brace firearms were short-barreled rifles (SBRs). Q LLC, which makes the Honey Badger AR pistol, went public with the cease and desist letter that the ATF sent to the company. Because of pressure from the Trump administration and the general public, the agency walked back their demands and gave Q a 60-day reprieve.

ATF heads have wanted to go after pistol braces for years. AmmoLand News has reported on ATF Associate Deputy Director Marvin Richardson’s dislike of braces, including ones made by SB Tactical. ATF former Department Assistant Director of Enforcement Programs and Services Curtis Gilbert specifically named the SBA4 in a meeting and accused SB Tactical of making a stock disguised as a pistol brace.

The ATF thought it didn’t have the political capital to move on pistol braces under a Trump administration. Our sources within the ATF believe that recent actions against pistol brace companies and ATF sending signals that they would make braced firearms an NFA item (AOW), was to try to undermine President Trump’s base before an election.

Misinformed Gun Control groups have longed railed against 80% lower receivers. These receivers let gun owners mill out their own unserialized firearms but Americans have every right to build their own guns from scratch and have done so for 100’s of years. Many Democrats claim that these guns are “ghost guns” only possessed by criminals. The use of firearms made from 80% lower receivers by criminals is exceedingly rare. Nine out of ten firearms used in a crime are stolen.

The ATF has long wanted to ban the sale of 80% lower receivers and kits but lacked the political power to do so. Under Obama, the Department of State banned Defense Distributed from supplying files to print firearms using 3D printers, claiming it was a violation of ITAR. The DOJ under Trump reversed the decision and allowed Defense Distributed to make the files available for download. These gestures signaled to the ATF that they did not have the political capital to move on the 80% lower kits.

Our President Trump still could and should take action against the unaccountable ATF personnel working behind the administration’s back before a 2020 Presidential winner is even declared.

Through an executive order, he created Schedule F. The order allows the President to move government workers into the new category to more easily fire them. Trump could send a message by using Schedule F to remove the rogue ATF leadership.

The ATF and the Biden campaign did not return AmmoLand’s request for comment.