Top Five Long Range Cartridges – The Best of the Best Long-range shooting expert, he literally wrote the book, L.P. Brezny, makes his case for what he thinks are the best Long Range Cartridges.

United States -(AmmoLand.com)- First off, a number of you won’t like what I have to say on the subject of long-range cartridges.

Prior to starting this material I interviewed several hard-nosed long-range shooters and asked each of them the same question. “Name five of the very best long-range cartridges please”.

In each case, I got a totally different answer, except for a possible single round of ammunition, and that was the tried and true 300 Win Mag of which I own several rifles and totally agree. You see this is the problem here. Everyone out there in AmmoLand has their idea of the best of the best, and in most cases, it starts with what they own in a rifle, and shoot themselves. With that in mind, I turned to an old saying that I have hung my hat on for many years. The saying goes like this.

There are the three “P’s” when it comes to the best of the best long range rifle rounds, and as you already know, I am about to tell you about each of them : Performance, Practicality and Price.

When evaluating a cartridge that adapts well for a very long shooting down range I like to look at the rounds performance ability, practicality in the field, and finally the price per round.

Somehow the idea has been floating around that shooters are made of money nowadays. The fact is nothing could be further from the truth. Making a more modest round have some staying power is the key to success, but in so far as my task, it is to select each round based on a number of factors that center around the best of the best long range cartridges, so here is the whole deal in an ammo can.

Say what you like, but nothing fired from a human shoulder can touch the big bad 50 cal cartridge. The fuel cell is so outstanding that the benchmark 30-06 cartridge was the basis for it by the developer John Browning in his search for an anti-aircraft round. The big 50 will send a 750-grain bullet downrange at 2700 f.p.s., then destroy almost anything in its path that ranges from barricades to warm targets. In terms of ranging ability, the massive bullet will stay awake (above the speed of sound ) and clear out to 2,500 yards before someone puts a pillow under its head. Shooting the 50 cal requires a whole lot of rifle, and in this case, I have owned several, but today shoot a very straight forward Steyr H.S. 50 with cut rifling, and it is so accurate that it has held world long range titles for back to back years across the board.

Practical? No, but a great deal of fun when shooting off the tops of bad lands mud butts at a mile away.

Price per round? Very high but through outfits like Century Arms, and Federal Cartridge ( American Eagle ) case lots are half that of much smaller long range rounds. In terms of performance. Well, nothing was feared more than an American sniper and his 50 Barrett in the sandbox.

On that note I rest my case.

The 408 CheyTac has a mixed history of both success and failure, but in the area of pure ballistics, it is a very deadly gunning system. As a total long range wildcat round with no parent case at all, the round is unique, and the time I have spent behind a custom McMillan turn bolt shooting this cartridge can be considered memorable at the least. Some will say the 416 Barrett commands more respect than the 408, but being a bit old school, and liking the added velocity of the big “8” over the 416, it still takes top billing in my book.

The 408 Chey-Tac sends a 419-grain solid copper ultra-high BC bullet downrange at 2900 f.p.s., or a somewhat lightweight pill being 305 grains at a blistering big bore 3450 f.p.s. That’s hot in terms of a big round, and I have a close neighbor in the mountains that shoots over a mile off his back deck at a limestone bolder on the next mountain over for kicks on any given Saturday afternoon when the wind is right.

Viewing the whole best long range cartridges subject as you care to, in most cases the real heavyweights in cartridge selection will boil down currently to the 338 Lapua. From grain weight options, price point per round, practical applications, and performance at long range, this cartridge is just about the best of the very best as a long distance shooting choice. Like the previous offerings just covered, the 338 Lapua is a military generated round that has been developed by the Fins to replace the 50 BMG, 416 Barrett, and the 408 Chey Tac as a long range snipers tool.

As 338 Lapua ammunition has built an outstanding track record among military snipers and sportsmen alike this option is here to stay.

The short form here is this 300 Winchester Magnum cartridge is a massively popular go-to round due to cost per round downrange, options in rifle available as chambered in the 300 Win, and its performance even at ranges well beyond 1000 yards.

Currently the US Army has gone to this cartridge when chambering their turn bolt Remington 700 action sniper rifle, ( M-24’s, ) and when applying a new round to chassis rifles like the Remington 2010 sniper platform, among others.

Snipers needed to get past 1000 yards, and that meant turning to more cartridge and more bullet to do the deal.

Now the 300 Winchester Magnum can hold off mortar crews and small unit snipers to ranges beyond 1500 yards all day long in the mountain of Afghanistan. As a long range big game round or hard steel target cartridge this is a top contender, to say the least.

Hornady’s Dave Emery ballistic expert broke the mold on this one, and now after almost two full years of testing by way of four different rifles at, and beyond 1000 yards here in western South Dakota, I can say for a fact that we are seeing the next rising star in longrange shooting.

Why the best of the very best?

Because the 6.5 Creedmoor will stay with and exceed a pile of cartridges, not break the household bank account, and is quickly growing in terms of cartridge brand options and bullet types. Sierra has just released the 130-grain TMK in 6.5 caliber, and Hornady offers the brand new cold tip ELD-X in a 140-grain Match bullet this summer. With the new Federal American Eagle offering in a 140 grain “hollow tip” pill, and Winchester’s 140-grain Match ammunition, factory loads are everywhere. Black Hills ammunition is considering very seriously offering the new round because I believe due to the Sierra bullet options now available to this high-quality cartridge company.

In just handloaded bullets, Berger has now built a new 130 grain VLD that will drill prairie rats to 800 yards all day long. By the time this copy goes to press I would not be surprised to see still additional bullets and loads coming to volition.

I believe that the 6.5 Creedmoor could be the 21st century 30-30 in terms of general popularity down the line. 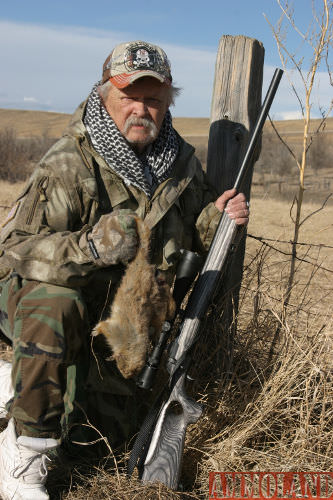 About the Author L.P. Brezny:

With more than 50 years of experience in the field and the testing lab, author L.P. Brezny is one of today’s most recognized shotgun experts and authors. He is a contributor to dozens of firearms publications, such as Wildfowl, Shotgun Sports, and Varmint Hunters, and he is a regular columnist in the Gun Digest annual.

AmmoLand Editor Comments:  This article was updated to reflect changes in product improvements/availability on 08/29/2018.

The post Top Five Long Range Cartridges – The Best of the Best appeared first on AmmoLand.com.