New Study Finds Gun Owners May Be Different From Criminals 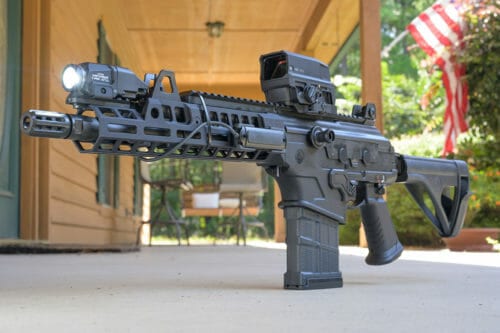 U.S.A. -(AmmoLand.com)- A recent study out of Columbia University Mailman School of Public Health relies on a flawed model to assert that more restrictive gun control laws yield lower homicide rates in the states with the laws and even in neighboring states.

The fundamental problem with the approach taken is that it assumes crime is a public health issue and tries to analyze a criminal justice problem with an epidemiological lens. What the study ends up with is a distorted picture of a very real issue.

As we have explained many times in the past, homicides are not a public health problem.

Setting aside the fundamental problem that underpins this model, there are other, more practical issues with the study design. First, the authors examine county-level data but draw state-level conclusions. Second, the extended period of time analyzed, from 2000-2014, captures numerous law changes on not only the state laws included in the model but also on the local and federal levels, which are not taken into account.

For example, there was a federal ban on the now popular Modern Sporting Rifles (MSRs) for the first four years of this period. Significant changes have been made to the federal background check system that all federally licensed firearm retailers are required to use for each gun sale. Cities have enacted laws that extend far beyond state laws. None of these factors were accounted for in the model. Granted, these laws may not have had any impact on crime rates but ignoring their existence and changes in the model is a serious gap.

The model incorporated a count of gun laws as a measure of the strictness of gun control in a given state. This overly simplified measure ignores the fact that one law may be far stricter than another. For example, two neighboring states may both have arbitrary limits on the ammunition capacity of legally owned magazines, but one may set a cap at 10 rounds, and another at 50. While neither would impact the action of criminals, it is absurd to argue that one law is equivalent to another. Frequently, states enact laws that mirror existing federal rules. Counting the state laws as stand-alone laws ignore the fact that the same rules apply in neighboring states that have not passed laws that are already covered under federal measures.

A simple logic test would have stopped this research in its tracks. It simply does not explain the nightmarish scenarios that residents of Chicago and New York City experience year after year. These two cities have some of the strictest gun control laws in the United States and there is no evidence that these laws prevent criminals from committing crimes. Conversely, as the study points out, Vermont has very few gun laws on the books. Yet, Vermont has one of the lowest violent crime rates in the country. Additionally, on a national level, the number of guns in the hands of consumers is rising, while violent crimes are steadily declining.

It is no surprise that the authors do not argue that their results are causal. They point to “associations” between the number of laws and homicides. However, they are careful to note that, “establishing the direction of the association is an intractable problem for observational research of firearm laws and firearm homicide.” States enact laws in reaction to homicides, which may “bias associations in favor of stronger laws.”

When clumsily attempting to address the failure of their presupposed conclusion that fewer gun laws in one state lead to more homicides in another state, the authors include an astounding sentence that must be addressed:

If there were any questions about the bias of this study, this sentence would dismiss that outright.

Yes, law-abiding citizens who decide to purchase firearms are not the same individuals as those who choose to break the law and misuse likely illegal firearms for crimes such as homicides. However, gun control laws, by definition, only affect the common law-abiding citizen.  Public health models cannot distinguish between the hundreds of healthy, safe, and legal reasons Americans purchase firearms and the actions of criminals because these models assume the gun is the problem.

The post New Study Finds Gun Owners May Be Different From Criminals appeared first on AmmoLand.com.