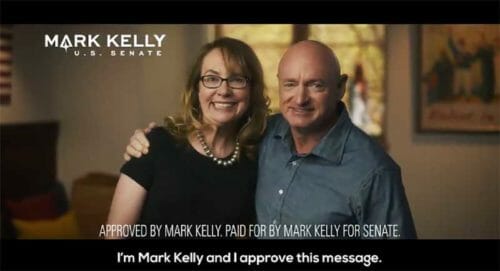 Virginia – -(AmmoLand.com)- Let’s talk red flag laws, or Extreme Risk Protection Orders. These laws have been passed by nineteen states. On paper (much like communism) they seem like good ideas. But they are an abuse of power waiting to happen. In Colorado, the first red flag warrant was filed falsely by a woman whose son was killed by an officer in a justified shooting.

In Virginia, in a resource-wasting double-down, Red Flag laws have been used against criminals who would have already lost their firearm privileges due to the crime they committed as well as people who are dealing with a mental health crisis. In one case it was used against a man who had a dispute with his family.

Mental health has a stigma in our society that already makes it hard to speak out. Telling a friend or family member you’re contemplating suicide is hard enough and it is a cry for help. But now, Virginian residents have another thing to fear than a friend or family member rejecting them. They now have to fear that person they are crying for help to will call the police and have their firearms taken away.

Now that person may never speak out and these red flag laws do not address the dangers of adding another law that negatively impacts those who need help.

These laws have been pushed by countless gun control organizations as they wrongly argue that it would stop someone from committing a horrendous act, a murder, or suicide. But they lack the foresight to see how this could hurt people. With costs of fighting some of these protection orders adding up to $10,000 in legal fees or more it just adds to the pressure, a person with mental health issues could already be facing.

The Giffords.org gun-control group, run by Gabby Giffords and husband Mark Kelly, who is also the 2020 Senate candidate for Arizona, does not advocate for laws that focus on mental health. They have a community outreach program that targets communities and attempts to garner help from them in preventing gun violence. But they lack any law or program that helps those affected with mental illnesses. They target guns and want to take them away as that is their end goal.

Confiscate as many guns as possible from the people in the name of safety.

From a FOIA response received by AmmoLand News we see on March 30, 2018, the government affairs director for Giffords.org, Nico Bocour, sent an email to the Governor’s office with an outline of their model, and known to be deadly, Red Flag law. They go over how it is to be used and the other anti-freedom groups that helped work on the bad law. This paid-professional-manipulator states that it is “model law” that is built off existing current domestic violence laws, and argues that it involves due-process. Read the email for yourself.

The problem with these statements is that these Red-Flag Gun Confiscation laws violate the Constitution of the United States and the Virginia State Constitution.

In normal circumstances, weapons are not confiscated from a person until a crime is committed and ample evidence is used to convict them of the crime. Now, all you need is a phone call. You also have to prove your innocence and present evidence to the court that you are not a danger to yourself or other people. This is difficult to accomplish within a small 14 days and may not be possible depending on the judge and what they view as reasonable evidence. The court does not need to present any evidence in support and the accuser does not have to appear in court as they can report the red flag order nearly anonymously.

“That a well-regulated militia, composed of the body of the people, trained to arms, is the proper, natural, and safe defense of a free state, therefore, the right of the people to keep and bear arms shall not be infringed; that standing armies, in time of peace, should be avoided as dangerous to liberty; and that in all cases the military should be under strict subordination to, and governed by, the civil power.”

“That general warrants, whereby an officer or messenger may be commanded to search suspected places without evidence of a fact committed, or to seize any person or persons not named, or whose offense is not particularly described and supported by evidence, are grievous and oppressive, and ought not to be granted.”

Based on our Virginia state constitution we are having our rights violated. When cities recognized this and still commit police to enforce red flag orders even though they said they wouldn’t it when they passed Second Amendment Sanctuary Resolutions makes it even worse. The politicians that citizens put their trust into have turned their backs on us again. I see that gun control groups and their propaganda of safety have gotten to our politicians.

I personally am unsure if my city will issue a red flag warrant against me because I have been outspoken against these laws and have contacted the Mayor and county Sheriff directly when the idea of the 2A sanctuary city took off. Or if my opinion online will offend someone enough to call the police and pretend to be a family member and have my guns taken from me. For 14 days my family would be at risk because these laws can be so easily abused by someone. The Virginia Red Flag law has no way to identify if a person is related or not the individual they are ratting out about. They take the word of the person, pass the paperwork to a judge, and then it is up to the judge to determine if they will sign off on it.

Donovan Mullen is a firearms enthusiast who moved to Virginia five years ago. He is a US Army combat veteran with one tour to Afghanistan. Donovan started writing articles regarding firearm parts and reviews which sparked his interest in the politics of guns. He now is helping investigate the abuses of power by anti-freedom groups against American’s right to keep and bear arms.