These Close Races Will Decide The Senate, and The Future Of Our Rights 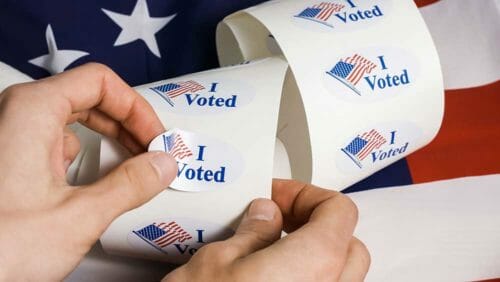 A number of key Senate races could very well determine who will be in control. If Second Amendment supporters work hard, they have a chance to keep the Senate in pro-Second Amendment hands. If we fail, Chuck Schumer will run things in that body. It doesn’t hurt to look over the various Senate races.

These are the Senate seats held by those who have stood by us that Second Amendment supporters need to hold on November 3:

Martha McSally has been a solid vote for our rights while in the Senate. Her opponent, Mark Kelly, founded an anti-Second Amendment group. This is a clear choice for Second Amendment supporters. You can check out Ammoland’s latest coverage on this race here, and get even more information here.

When he ran for President, John Hickenlooper pushed a licensing scheme. Even as a Senator, he will likely be an anti-Second Amendment vote, if not worse. On the other hand, Cory Gardner has backed our rights with his vote.  For more information on this race, check out some past Ammoland coverage here.

Kelly Loeffler was appointed to fill the term of Senator Johnny Isakson, who retired due to medical issues. The election on November 3 will likely tell us who the two candidates in a runoff election slated for this coming January will be. For more on the special election, check out this Ammoland coverage.

In this race, Senator David Perdue is running for another six-year term. He has co-sponsored a number of pro-Second Amendment bills and has also been good on the secondary issues as well. His opponent, Jon Ossoff, would not only reverse that and back the Bloomberg agenda but would make it that much closer for Chuck Schumer to be in charge. Ammoland’s coverage of this race is here.

Roger Marshall has a superb track record during his tenure in the House of Representatives, including introducing legislation that would greatly expand our Second Amendment rights with regards to certain rifles. That warrants a “promotion” to the Senate. You can see Ammoland’s coverage of the Kansas Senate race here.

Susan Collins may not be the ideal champion of our Second Amendment rights, but she still provides very important benefits in the battle to save the Second Amendment. Sara Gideon, on the other hand, is likely to not just back the Bloomberg agenda, but will also support efforts for campaign finance “reform” that would wreck our ability to advocate in defense of our rights. For more information, check out Ammoland’s coverage of this race here.

In 20108, Mike Espy was trying to win this Senate seat in a special election. Second Amendment supporters instead put Cindy Hyde-Smith in, and it was the right decision. While Senstor Hyde-Smith has backed our rights, Espy is showing signs of making the same anti-Second Amendment “journey” we’ve seen from too many former friends. You can learn more about this race from Ammoland’s coverage here.

Steve Bullock was once a friend of the Second Amendment. Then, he turned on law-abiding gun owners and embraced the Bloomberg agenda. On the other hand, Steve Daines has been a loyal supporter of our rights. Notably, this Congress, he introduced improvements to a key provision in the Firearm Owners Protection Act. For more information on this race, check out Ammoland’s past coverage here and here.

This is another race that is an easy call and should not be as close as it is. Thom Tillis has a long record of supporting our rights, both in the United States Senate and in North Carolina’s state legislature. On the other hand, Cal Cunningham got endorsed by Bloomberg’s Everytown and the Giffords gun control group. Ammoland has coverage of this race here and here.

While Lindsey Graham may not be the favorite Senator of most Ammoland readers, on Second Amendment issues, he has been as solid as granite. This track record extends for a quarter-century, through some very tough times (Littleton, Sandy Hook, Parkland). This year, the likes of Bloomberg are hoping that they can topple this Second Amendment champion with massive spending. Find out more about this Palmetto State Senate race here.

While returning these Senators who have stood with us is important, Second Amendment supporters should look for chances to replace those who have attacked our rights. Here are some of the races where anti-Second Amendment incumbents could be replaced with someone much better.

Doug Jones is clearly willing to aid the likes of Chuck Schumer, Dianne Feinstein, and Michael Bloomberg in their efforts to take away our Second Amendment rights. On the other hand, while he lacks a track record, former Auburn coach Tommy Tuberville is expressing support for our Second Amendment rights. For more details on this race, check out Ammoland’s past coverage here and here.

Gary Peters has not supported law-abiding gun owners. On the other hand, John James, who overperformed against Debbie Stabenow in 2018, is likely to protect our rights. This could be a real chance to shock the likes of Bloomberg. You can find out more about this particular election here.

Second Amendment supporters missed their chance to send Tina Smith packing in 2018, but now, they can make sure her ability to attack our rights as a Senator ends. Jason Lewis has a track record of protecting our rights. Ammoland coverage of this race can be found here and here.

In the Land of Enchantment, a number of governors have been elected who support our Second Amendment rights. This year, there is a chance to elect a pro-Second Amendment Senator to the seat being vacated by Tom Udall. Mark Ronchetti, a former TV weatherman is challenging Representative Ben Ray Lujan for the seat. Lujan has a bad track record, while Ronchetti has declared his support for our rights. Find out more about this Senate race here.

We really don’t need to go into all the details about what is, for all intents and purposes, on the ballot. The fact is, given the lack of straight answers we’re getting about whether or not Joe Biden will oppose attempts to pack the courts coming from the hard Left, it won’t just be our Second Amendment rights on the ballot. Our First Amendment rights, the target of many campaign finance “reform” schemes, will also be on the ballot. A packed Supreme Court could reverse the rulings that currently protect the first two Amendments to the Constitution.

Second Amendment supporters need to act. Read up on these Senate races, find those you wish to support, and back them up. After this election, though, it will be just as important to prepare for the next round by generously supporting the National Rifle Association’s Institute for Legislative Action and Political Victory Fund. We need to be ready for the next assaults on our rights and to also try to pass pro-Second Amendment legislation at the federal and state levels.

The post These Close Races Will Decide The Senate, and The Future Of Our Rights appeared first on AmmoLand.com.