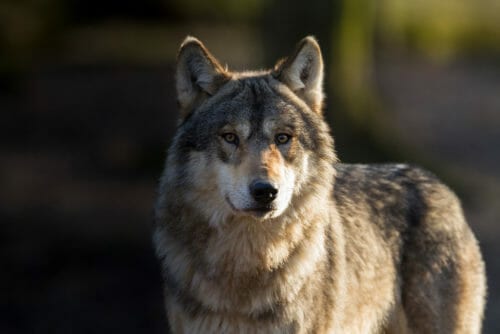 U.S.A. -(AmmoLand.com)- NEWTOWN, Conn. – NSSF, the trade association for the firearm industry, applauded the U.S. Fish & Wildlife Service’s (USFWS) announcement that Gray Wolf wildlife management is being returned to the states following the successful population recovery under the Endangered Species Act (ESA). The Final Rule will go into effect in 30 days to de-list Gray Wolves, which exceed 6,000 in the lower 48 states, far beyond the goal set 45 years ago when they were first listed for federal protection. State and tribal wildlife agencies will resume responsibility to sustainable management.

“The firearm industry is proud of the more than $13.1 billion paid by firearm and ammunition manufacturers since 1937 for sustainable wildlife recovery and conservation. Gray Wolf populations have exceeded their recovery mandates but have remained on the ESA list because of outdated regulations and outdated law. Secretary Bernhardt and the Trump Administration have worked hard to bring the rules up to date and this is the latest example. Here’s where red tape should give way to sound science and the effective and lasting achievements of private industry and government agencies working with hunting-conservationists who are the greatest stewards of our natural resources.”

NSSF has supported efforts to de-list Gray Wolves when conservation recovery programs met and exceeded the combined recovery goals for the Northern Rocky Mountains and Western Great Lakes populations. Gray Wolves were previously de-listed from the ESA in the Rocky Mountain states. Scientific and commercial information demonstrates wolves currently listed are recovered and no longer meet the ESA definitions of a threatened species or an endangered species. USFWS noted the Western Great Lakes wolf population in Michigan, Wisconsin and Minnesota, the largest outside Alaska, is strong and stable.

Gray Wolves de-listed in the Rocky Mountain states roam across Wyoming, Montana, Idaho, and eastern portions of Oregon and Washington. These states are successfully managing wolf populations effectively and responsibly. Wolves have even expanded into western Oregon, western Washington, northern California, and most recently in northwest Colorado.

USFWS will monitor the Western Great Lakes Gray Wolves for five years after delisting to ensure the continued success of the species.