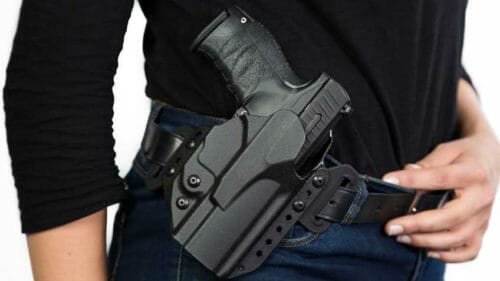 U.S.A. -(AmmoLand.com)- Last Tuesday, Judge Christopher Murray of the Michigan Court of Claims struck down the guidance prohibiting the open carry of firearms at polling places on election day that Secretary of State Jocelyn Benson previously issued on October 16th. Judge Murray cited the fact that Secretary Benson did not follow the proper procedure required under the state’s Administrative Procedures Act in making this directive, which goes beyond state law.

Secretary Benson announced that she will appeal the ruling. NRA applauds Judge Murray for upholding state law, and ensuring that the administration cannot rush this action through without following the procedures required under state law.

Please check www.nraila.org and your email inbox for further updates on Second Amendment issues in Michigan.